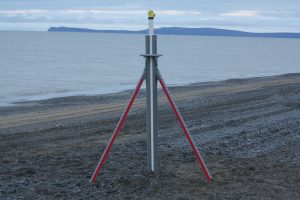 Northwest Alaska is no stranger to large fall storms. From October until the sea ice arrives, the region experiences multiple coastal storms each year that heavily impact the region leading to inundation and coastal erosion.  In September 2017, UAF deployed beach mounted tripods equipped with water level sensors in Kivalina, Shaktoolik and Shishmaref in an effort to gain a better understanding of the size, frequency and impact of these events on coastal communities. Custom made tripods were designed and built that could be transported to the remote communities and easily deployed in a days time. Tripods were deployed on the beach close to the last high tide line so that storms large and small could be recorded. The tripods housed HOBO MX2001 water level loggers that were programmed to record during storm events at a rate of one sample per second that provided water level data and a general picture of wave height and frequency over time. With the help of a local representative in each community, data was downloaded from the loggers after each storm and emailed to researchers at UAF. The 2017 project was a pilot study funded by AOOS and results will be posted on the AOOS oceanographic data portal.

For more public media coverage on this project, please see the following links: 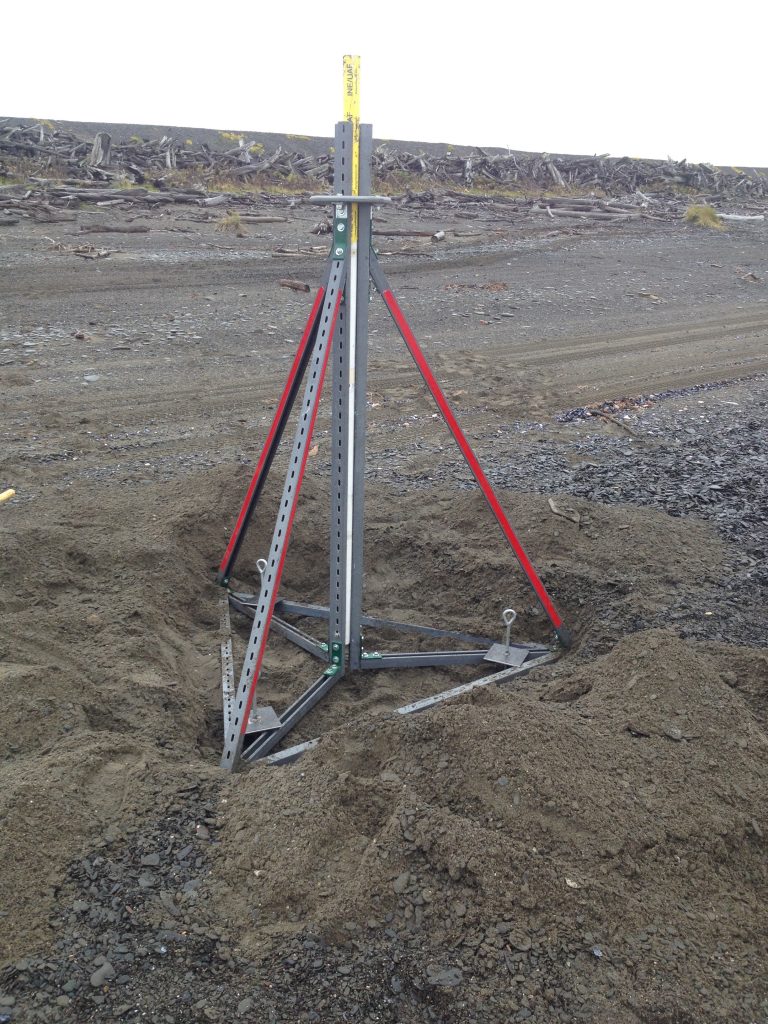 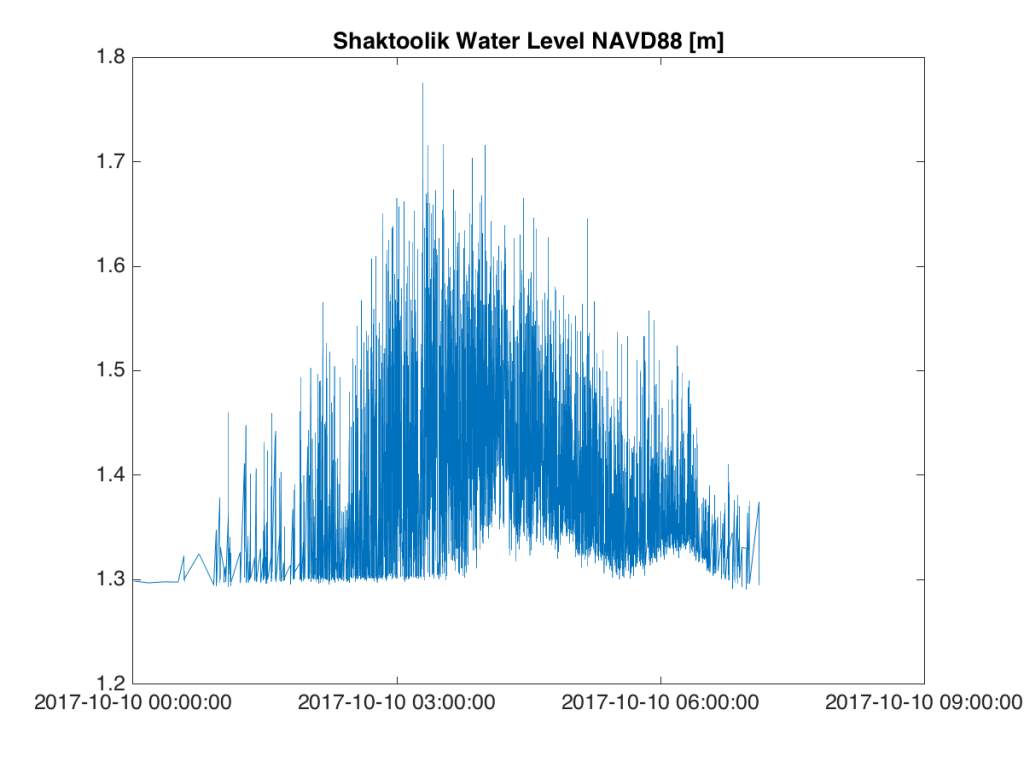