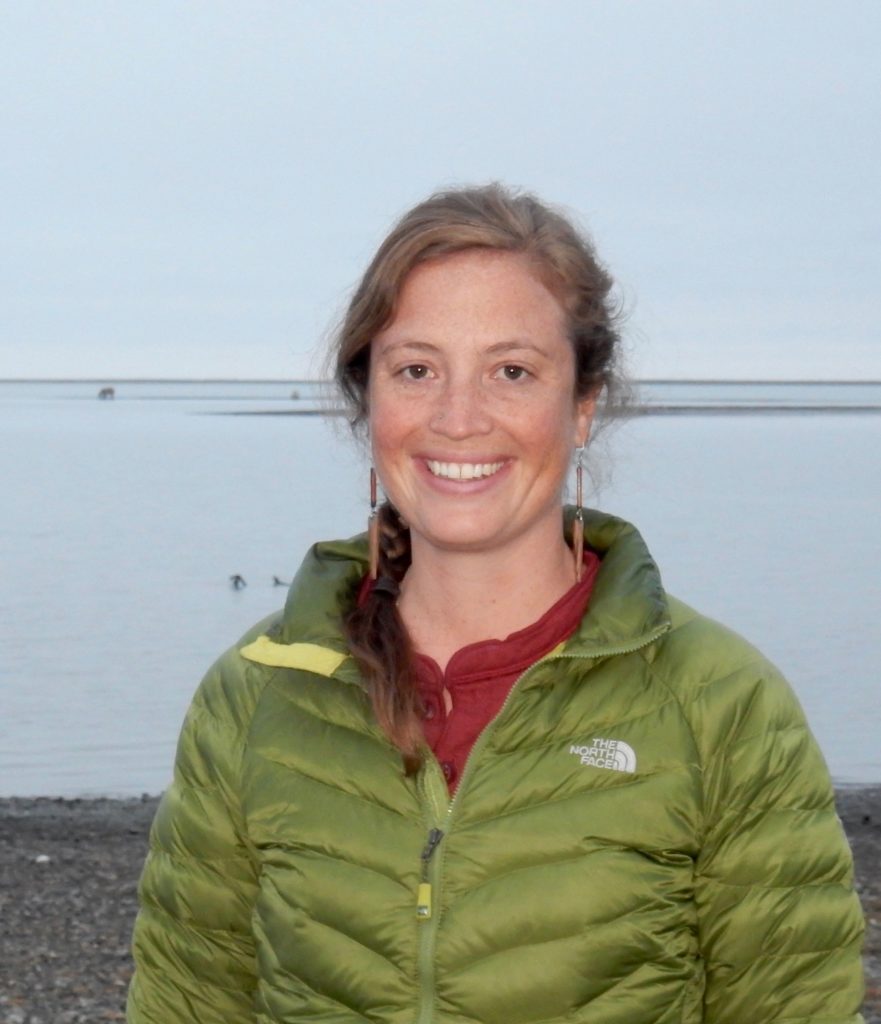 Arley Muth is a doctoral student studying ocean acidification in the Beaufort Sea. She is part of a Long Term Ecological Research (LTER) project led by Ken Dunton at the University of Texas looking lagoons in the Arctic and ecosystem change over time.

Q: Your team just completed 2 years of pH monitoring in the Beaufort Sea. Could you give us a quick rundown of the project?

We work in area known as “the Boulder Patch”, in Stefansson Sound which is just east of Prudhoe Bay. Due to rock coverage in the area, there is a diverse community of invertebrates and seaweeds, including the Arctic endemic kelp, Laminaria solidungula.  We are working to understand species distributions and the environmental drivers of near-shore environments.  The carbonate chemistry and pH levels of the nearshore Arctic are relatively unknown, but we do know that the colder waters and freshwater input have the potential to drive down pH levels (creating more acidic water).  It’s important to document a baseline in order to detect future changes due to ocean acidification.

Q: Tell us a little bit about Boulder Patch. What’s unique about the location you chose?

There are a few things that make the Boulder Patch special.  Steffanson sound is shallow and our sites range from 3-7 m. It is a relatively large area of boulders and cobbles that support a diverse benthic (seafloor) community compared to other areas in Stefansson Sound.  The Boulder Patch also varies greatly in terms of freshwater influence and we were able to deploy sensors to quantify these differences. From a logistical perspective, we are able to do day trips from Endicott Island which is helpful. 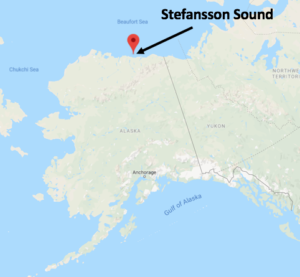 Q: What have you learned from the data so far?

The near-shore Arctic is dynamic!  Temperature, salinity, and pH tend to stabilize in the winter under the ice, but there are so many anomalies and drastic changes during break-up and freeze-up.  We have two years of data, but both years were very different from each other and it’s going to take more data to understand the patterns.

Q: Does it seem like a particularly acidic area or is it too early to tell?

That is an interesting question!  We do see low pH levels in the winter under the ice at the offshore site (>7.8).  However, the inshore site with lower salinity levels tended to have higher pH values and that was due to the pH values of the Sagavanirktok River (<8).  It’s an interesting dataset and seasonality drives the variations we see.

Q: What’s the plan for publishing or sharing the findings from the project?

The data has been calibrated, analyzed and our manuscript is in draft form.  We have been working with Amanda Kelley at the University of Alaska Fairbanks and together we hope to submit this dataset for publication by the end of the year.

Q: Are there any special challenges studying pH in the coastal Arctic?

The main challenge was using oceanographic equipment to measure pH in an area that becomes very fresh (salinity below 5) each year during break-up.  We weren’t sure how the sensors would do with a year-long deployment, in cold water, under the ice and in low salinity conditions.  We ran into a few issues, but for the most part the sensors were able to complete year-long deployments. 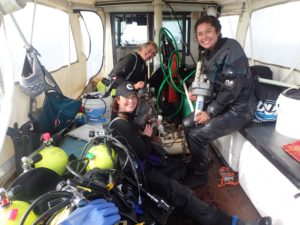 Arley on a field mission to the Boulder Patch with project PI Ken Dunton and Christina Bonsell.

Q: Please tell us about a memorable moment from the field or the lab.

Our first deployment was intense!  Our group worked hard to design a mooring that would stay on the bottom, but also included floatation so the sensors could right themselves if hit by ice.  We deployed our first sensor, but Dr. Ken Dunton (the PI of the project) wasn’t sure there was enough weight to keep the sensors in place.  We had a big storm roll through and went back to check on the instruments and Ken found them about 30 m from where they were deployed!  More weight was added and both sensors were retrieved the following summer.  You quickly learn not to take any data or instruments for granted.  Each summer it was such a relief to retrieve the instruments and have them safe in the lab for a few weeks before leaving them for another winter.