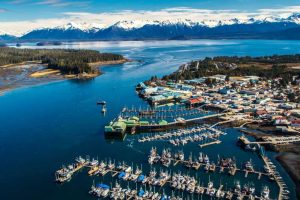 Petersburg, population 2,800, is a fishing community southeast Alaska. Over the last 10 years, an average of 38 million pink salmon were harvested in the region.

Alaska is expected to experience ocean acidification (OA) faster and more intensely than other parts of the globe, yet little is known about the way species in Alaska may respond.

Among the concerns relating to OA, the potential impact to salmon has emerged as one of the top priorities. The wholesale value of commercially caught Alaska salmon exceeded $1.2 billion since 2010 and Alaskans harvest over 12 million pounds for their own consumption annually. However, despite salmon being the backbone of Alaska’s fisheries, there are only two studies that have looked at salmon response to OA, both conducted outside of Alaska. Research shows that OA impairs coho salmon’s olfactory senses and their ability to detect prey and negatively affects pink salmon growth rates. Other potential impacts to growth, metabolism, behavior and changes to prey quality and availability, remain unknown. 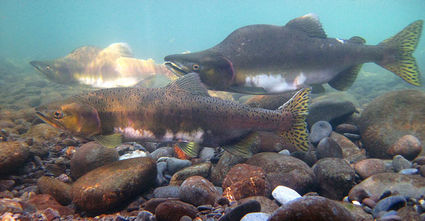 For Alaskans dependent on salmon, understanding how they may fare in a higher-acidity environment, and the cultural and economic implications of their response, is critical. Formally evaluating the risks of OA and related thresholds to salmon fisheries, and assessing the benefits of pre-emptive human responses is needed for adaptation planning and decision making. This is particularly important in Alaska, as the state’s constitution mandates salmon populations to be managed according to maximum sustainable yield, thereby providing less room for adaptive ecosystem-based management approaches such as the response to, or avoidance of, regime shifts. Therefore, understanding the legal and institutional barriers to implementing OA adaptation strategies is critical for a management transition. 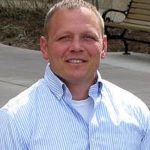 Dave Finnoff is a natural resource economist with a focus on management of coupled human, natural systems.  He has led many research projects directed at management of Wyoming’s natural resources, with projects considering optimal management of forests facing the threat of mountain pine beetle outbreaks, management of wolves in the Greater Yellowstone Ecosystem, optimal endangered species listing and delisting decisions, and on designing grizzly bear management programs.  Finnoff has also been awarded federal grants to conduct research, including projects aimed at the development of linked general equilibrium economic/ecosystem models to provide analysis of policies in the face of joint determination of important variables in economies and ecosystems, applied to Alaskan fisheries and marine ecosystems, Wyoming rangelands, Wyoming riverine ecosystems, and North Carolina estuaries.

Toby Schwoerer is a resource economist at UAA’s Institute for Social and Economic Research, and has more than 15 years of public-policy experience relevant to Alaska, the Arctic, and other countries. With a diverse background in economics and the natural sciences, he develops innovative techniques for decision-making in the public and private sectors. He has led a range of projects that include assessing the value of the environment to local livelihoods, analyzing alternative energy options in collaboration with rural communities, and measuring the contribution of Alaska’s basic sector industries to the overall economy. Much of his current research focuses on human dimensions of sustainable systems, with the goal of informing policy through applied economic analysis. Most recently, he has been studying human responses to environmental risks, such as invasive species and climate change. 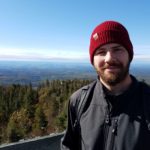 Kevin Berry is an economist at UAA’s Institute for Social and Economic Research. His research is focused on how people respond to environmental risk, including how they adapt to (reduce the damages associated with) and prevent (reduce the probability of) costly events. Dr. Berry’s work has incorporated how individuals can manage natural resources to mitigate risk by capturing ecosystem services including how fisheries managers can mitigate environmental risk by combining ecology and economics, and examining how communities in Alaska are adapting to climate change.

Role: Contributing to the bioeconomic modeling of preemptive fisheries policy in response to OA. Contributions will include economic and ecological modeling of the salmon population, fishermen behavior, and optimal escapement policy.

Darcy Dugan led the development and launch of the Alaska OA Network in 2016, and is now the network’s director. She has worked for the Alaska Ocean Observing System since 2009, collaborating with scientists and stakeholders to fill gaps in ocean monitoring and ensure ocean data and information is available for many uses. Darcy received a B.S. from Stanford University in the Earth Systems program, and an M.S. at the Yale School of Forestry & Environmental Studies where her research focused on coastal vulnerability in western Alaska. She has also served as staff in the Alaska Legislature and as a research associate for the Institute of Social & Economic Research at UAA. 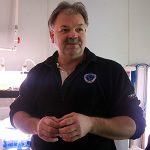 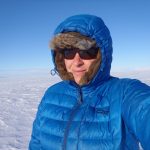 Amanda Kelley is an Assistant Professor at the University of Alaska Fairbanks in the College of Fisheries and Ocean Sciences. As an ecological physiologist, her research involves characterizing the responses of marine species to ocean acidification using experimental approaches in an effort identify species that may be susceptible to ocean change. Additionally, Amanda uses autonomous pH sensors to determine relative seawater corrosivity of nearshore habitats, areas that provide critical rearing grounds for many important Alaska marine species. 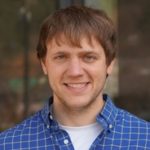 Joe Krieger is a fisheries management analyst with NOAA Fisheries Alaska Regional Office. He has also worked as an NRC research associate with NOAA’s Auke Bay Laboratory to understand the physiological response of young sablefish to variable environmental conditions.

Role: Advising on and helping with the laboratory component of this project; specifically focusing on parameterizing the suite of models to examine the physiological impacts associated with variable ocean acidification levels. 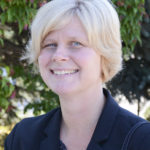 Marie Lowe is an applied anthropologist and has been a public policy faculty member at UAA’s Institute for Social and Economic Research since 2006. For over 25 years, Alaska’s coastal life has played an important role in her relationship with the state, and she started out as an anthropologist studying community effects of industrial fisheries development in the Aleutians. Marie has since gravitated toward other topics addressing cultural dimensions of resource management, economic development, and social policy. She has a joint appointment in the UAA Anthropology program, where she teaches an introductory cultural anthropology course and an upper division course called Culture and Globalization.

João Manuel Lameiras Vaz is a behavioral and natural resource economist completing his dissertation for a Ph.D. in economics at the University of Wyoming. His research focuses on the two ways we protect ourselves against climate-change risk: mitigation and adaptation. Before studying at UW, João received a B.Sc. and an M.Phil. in economics from Nova SBE in Lisbon, Portugal. There, he worked with an interdisciplinary team of researchers on a bioeconomic assessment of the sardine fishery in Portugal. 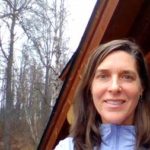 Molly Mayo is a Senior Partner at Meridian Institute and based in Talkeetna, Alaska. For more than 25 years, she has practiced as a facilitator and Mediator focusing on natural resource management and policy issues with partners in government, private companies, and civil society organizations. She helps diverse interest groups work together effectively to address complex and contentious issues and develop solutions that are supported by those impacted. Molly has worked extensively on freshwater, fisheries and marine conservation issues.

Jan Ohlberger is a Research Scientist in the School of Aquatic and Fishery Sciences at the University of Washington. His background is in aquatic ecology, animal physiology, and fisheries. Jan’s research focuses on how organisms interact with their environment and how aquatic ecosystems are directly and indirectly affected by human activity. He is particularly interested in the effects of global change on the dynamics and demography of fish populations.

Role: Contribute to the statistical analyses of previously synthesized historical salmon data to describe non-linearities in the biological responses of salmon species and their food webs to ocean acidification, and identify potential tipping points or thresholds resulting in system-wide regime shifts in the GOA and the Bering Sea ecosystems. 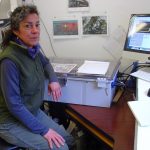 Jacqueline Ramsay joined the Alutiiq Pride Shellfish Hatchery (APSH) in Seward in 2011 and has experience working with many different species of shellfish. Jacqueline earned her B.S. degree in Zoology at the University of California, Davis and went on to earn an M.Sc. degree from the University of Alaska, Fairbanks Juneau campus in Fisheries Science with emphasis on crab endocrinology/physiology. She now manages the Alaska Ocean Acidification & Shellfish Research Lab at APSH. 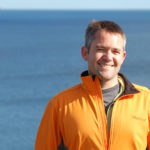 Eric Ward is a statistician at the Northwest Fisheries Science Center (NMFS) in Seattle and affiliate professor at the University of Washington. His interests include data synthesis, and hierarchical and spatiotemporal approaches for modeling time series.

Role: working with Mary Hunsicker (NWFSC, Newport) and Jan Ohlberger (University of Washington) we will be developing models to identify ecosystem and socio-economic indicators related to thresholds and change points, particularly in thinking about regime-shifts.