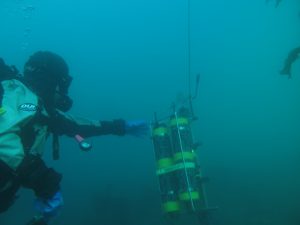 Starting this summer Kachemak Bay will serve as a natural laboratory to explore ocean acidification (OA) in the nearshore environment. A team of scientists from UAF’s Ocean Acidification Research Center, NOAA’s Kasitsna Bay Lab and the Kachemak Bay Estuarine Research Reserve are instrumenting the coastline with long term high-frequency sensors in five locations, creating the most densely populated network of ocean acidification sensors in the state.

This effort will build on the existing long term monitoring programs in Kachemak Bay to provide reliable and informative OA data for a high latitude estuary.  By collecting baseline information we can gain better insight on OA trends and variability while scientists begin research on understanding the environmental processes impacting nearshore community ecology.

Where will the sensors be located?

Long term high frequency measurements will be made at the docks at Kasitsna Bay, Jakolof Bay, Seldovia Harbor, Homer Harbor, and at the head of Kachemak Bay in Bear Cove. (See map below). 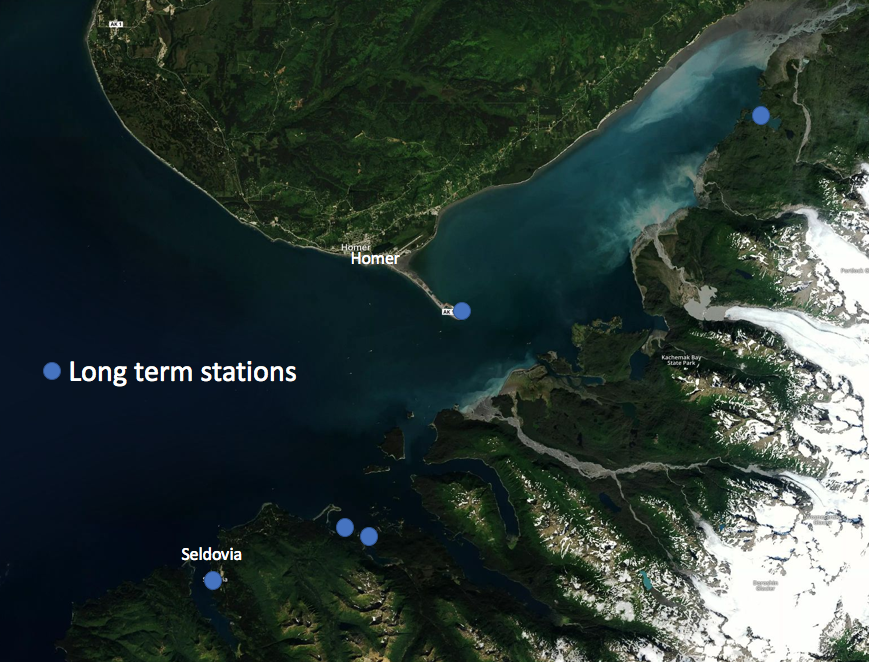 In nearshore waters, pH is influenced by many factors including glacial outflow, tidal currents, snow melt, and plankton blooms and can change on a minute-to-minute basis. Understanding the natural pH variability that happens across different time scales, minutes, hours, days, etc. is important because it can influence the physiology of animals that live in such dynamic habitats.

What is unique about the sensors being deployed?

Note: The KBNERR has been monitoring pH trends at four sites since 2001 with a YSI pH probe.  Relative to the SeaFETs, this is a less precise instrument that requires calibration each month. 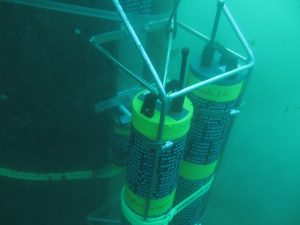 SeaFET sensors, shown here, have been used all over the world to capture high-frequency pH measurements in  remote environments.

What will we do with the data?

The data collected are important for two reasons. First, characterizing the range and frequency of pH changes throughout the year will provide a benchmark against which we can compare future pH measurements as a way to monitor human caused changes in ocean acidity. Second, the data will provide accurate and detailed information on  “ambient” pH conditions that can be used in laboratory OA experiments to examine the response of different marine creatures to changing OA conditions. Since pH is not the same everywhere, the ‘ambient’ conditions will vary between locations and that can influence how some species may respond to OA in the future.

Why focus on Kachemak Bay?

Kachemak Bay is designated as a State of Alaska Critical Habitat Area, a National Estuarine Research Reserve, a NOAA Habitat Focus Area, and a Western Hemisphere Shorebird Reserve. The bay has tremendous biological productivity influenced by local ocean circulation patterns and diverse marine habitats which support fish, shellfish, sea bird and marine mammal species.  Portions of the Bay are strongly influenced by glacier melt water and snow pack inputs seasonally. This allows us to sample a range of pH and carbonate chemistry conditions along the estuary gradient from more fresh to oceanic. The Bay is also relatively accessible, which facilitates field sampling from small boats.”

How is this project relevant to the people who live here? 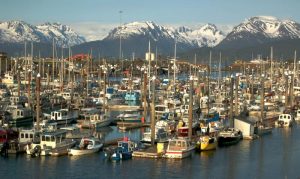 The communities that exist around Kachemak Bay rely on food from the ocean for at least part of the year.  Ocean chemistry changes, which we don’t yet fully understand, are a source of stress for people who depend on these resources. For example, the pilot work we are doing in a  KBNERR bivalve restoration project under the NOAA Habitat Focus Area program is setting the stage to better understand the sensitivities of early life stages of larval clams to changing ocean chemistry.

This project is a collaboration between the NOAA Kasitsna Bay Laboratory, Kachemak Bay National Estuarine Research Reserve, the Ocean Acidification Research Center and the Kelley Lab at the University of Alaska Fairbanks. The Alutiiq Pride Shellfish Hatchery in Seward has also been involved, helping with lab-based experiments on hard-shell clam species from Kachemak Bay and leading pilot restoration work there.  All of these entities are part of the Alaska Ocean Acidification Network.