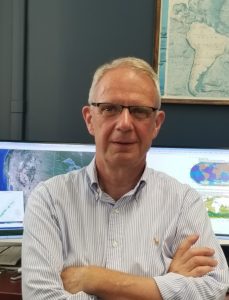 Joannes develops unstructured mesh, multi-scale, multi-physics hydrodynamic codes and models for the coastal ocean and transitions these to practitioners for a wide range of applications including the analysis and design of major flood control projects and coastal ocean water level forecasting systems. His laboratory has pioneered the use of global to channel scale heterogeneous coastal ocean models with mesh resolution varying by up to four orders of magnitude. Their work encompasses the optimization of algorithms; development of high-performance codes in vector and parallel computing environments; the linkages of circulation models to weather and wind wave models; model verification, validation, and uncertainty quantification; and the application of these codes to oceans, continental shelf regions, estuaries, rivers, and coastal flood plains. Westerink is the co-developer, with Rick Luettich of the University of North Carolina at Chapel Hill and Clint Dawson of the University of Texas at Austin, of the widely used ADCIRC finite element based shallow water equation code. ADCIRC has evolved into a community based coastal hydrodynamics code with wide ranging applications within academia, government, and the private sector worldwide. The U.S. Army Corps of Engineers, the Federal Emergency Management Agency and the National Oceanic and Atmospheric Administration all use ADCIRC in support of coastal water level and flooding analyses and forecasts. Current applications regions include developing the next generation of ESTOFS water level forecast models for NOAA focusing on Puerto Rico and the U.S. Virgin Islands; the U.S. East and Gulf coasts, and Alaska. Westerink serves as lead Lead Project Investigator for this project and is responsible for overall management of the project. He will also be involved with the circulation modeling component of the project. 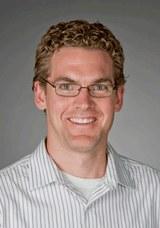 David earned his B.S. in Mechanical Engineering from the University of Massachusetts, and his M.S. and Ph.D. from Stanford University in Mechanical Engineering. From 2011-2013, he studied turbulence at the air-sea interface at the National Center for Atmospheric Research through the Advanced Study Program Postdoctoral Fellowship. He joined Notre Dame’s Civil and Environmental Engineering and Earth Sciences Department in the fall of 2013. His group uses turbulence-resolving numerical techniques such as large-eddy simulation (LES) and direct numerical simulation (DNS) to study multiphase flows in the environment. This includes spray droplets at the air-sea interface, cloud droplets, dust suspended in the atmospheric surface layer, and sediment transport in rivers. His role on this project is to better parameterize drag at the air-sea interface under the influence of ice and waves, since the presence of ice complicates the transmission of stress through the air-water column. 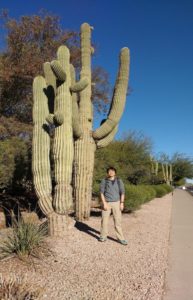 Damrongsak received his B.S. and M.S. degrees in Mechanical Engineering from King Mongkut’s University of Technology, North Bangkok, Thailand and his Ph.D. in Mechanical Engineering from the University of Notre Dame. His research interests focus broadly on numerical aspects of fluid flow problems, spanning across Navier Stokes, Boussinesq, and Shallow Water Equation (SWE) solvers. His main focus over the past few years has been on the development of accurate and efficient numerical algorithms for free-surface shallow water flow and their applications to modeling tides and hurricane storm surges. Specifically, he has been investigating high order h-p adaptive implementations of Discontinuous Galerkin methods, Streamline Upwind Petrov Galerkin methods, Raviart-Thomas finite elements, radiation type boundary conditions, particle methods, global implementations, and sub-grid scale modeling. Damrongsak will work on the storm-surge modeling portion of this study as well as on the model integration. 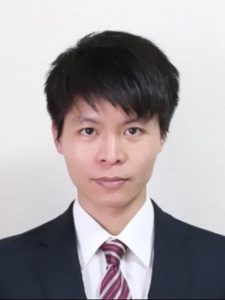 Guoming Ling received his B.S. in civil engineering from Sichuan University, China in 2012. He then joined the “Program for Capacity Building in Global Water-Environmental Engineering” authorized by the Japanese Ministry of Education, Culture, Sports, Science and Technology (MEXT), and received his M.S. in civil and environmental engineering from Chuo University, Japan in 2015. Afterwards, he received a MEXT Scholarship to continued his studies to obtain a Ph.D. in the laboratory of Professor Kazuo Kashiyama at Chuo University. His thesis focused on the development of a large-scale 2D-3D hybrid tsunami numerical model using overlapping methods for arbitrary grids. Guoming was awarded his Ph.D. degree in 2018. After one year working as a full-time researcher in the same group, he joined Joannes Westerink’s group in 2019. Guoming will focus on the application and development of the integrated ADCIRC+WWIII+HYCOM+CICE hydrodynamic model for Alaska.