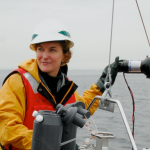 Dr. Carol Janzen has her B.S. and M.S. in Oceanography and a Ph.D. in Physical Oceanography. Carol started her career in the Arctic working on the interdisciplinary Endicott Monitoring Project, a large-scale environmental assessment monitoring program in the eastern Beaufort just west of the project study area near Prudhoe Bay. Historical data she helped collect and archive from 1985-1987 makes up part of the historical spatial database being assembled for this project, bringing her full circle to the Arctic coast. Carol has since gained over three decades of experience conducting and managing interdisciplinary observational research in estuarine, coastal-shelf and offshore environments and has worked in all sectors of the marine science community including private environmental consulting, state government, academia and instrumentation industries. Carol currently serves as Director of Operations and Development for the Alaska Ocean Observing System, working closely with the AOOS staff, partners and stakeholders to facilitate the prioritization and implementation of new observing instruments and initiatives, especially those relevant to maritime domain awareness and operations, coastal hazards, and ecosystem and climate variability and change. Carol will provide overall project management and oversight for the Data Management and Outreach components of this project. 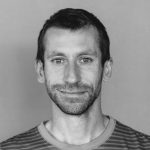 Rob has been developing data management and cyber infrastructure solutions for research programs and organizations for the past fifteen years. He is a graduate of the University of Michigan with degrees in aerospace engineering and mathematics. Rob spent five years at the Exxon Valdez Oil Spill Trustee Council leading the data management team in processing, documenting and organizing the informational products produced from the scientific research funded to understand and monitor the ecological effects of the oil spill. Based upon that experience, Rob founded Axiom in 2006 to develop more generalized and holistic solutions for data management. He specializes in scientific geospatial information management with applications to physical/biological modeling and decision support data warehouse knowledge systems. Rob will oversee Axiom Data Science data management activities. 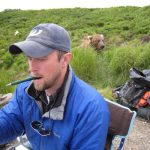 Ian earned a Masters in Environmental Science at Western Washington University in 2011 and has spent over a decade doing fieldwork in Alaska, mostly watching bears catch salmon along various streams and rivers. His graduate research at McNeil River focused on the behavioral ecology of brown bears foraging for salmon and the impacts of bear-salmon predation on salmon populations. Ian worked for the Alaska Department of Fish and Game from 2012 to 2016, first as a habitat biologist and later as a science editor. Ian is the primary lead on data ingestion and archival activities for the project, and will liaison with the project researchers throughout the program to assist with their data curation.

What we are doing and why

AOOS regularly engages with a wide variety of stakeholders, including mariners, fishermen and subsistence users who must make decisions that affect their livelihood and safety. AOOS also collaborates with federal and state agencies, regional scientists, coastal security operations and resource managers that oversee wise and sustainable use of resources. One principal function of AOOS is to provide public outreach training and education, with a primary objective to enhance the usefulness of ocean observations for a wider variety of users though it’s public facing data portals. AOOS brings extensive experience with education and outreach to this project, and will participate with ensuring this project is promoted for public awareness and data outreach to all groups who will be interested in the results.

How we are doing our work

The Alaska Ocean Observing System (AOOS) is one of 11 Regional Associations and represents the entire state of Alaska as part of the National Integrated Ocean Observing System (IOOS), a program within the National Ocean Service of NOAA. AOOS manages the statewide observing system and maintains a data system for statewide terrestrial and marine observations. The project data management effort coordinates and shares costs with several existing data management projects that are parallel in scope in data management need, and leverages the extensive cyberinfrastructure and data management capacities of both Axiom and AOOS. The AOOS Data Assembly Center (DAC) and AOOS web portals are managed according to best practices identified by NOAA, and AOOS is implementing recommended and standard practices as defined by the U.S. Integrated Ocean Observing System (IOOS) Data Management and Communications (DMAC) committee.  These practices apply to data standards and quality control on metadata and data, transport and access, archival, and information technology (IT) security. Quality control and quality assurance are further outlined in the AOOS Data Assembly Center and Data Management Subsystem Plan (referred to hereafter as the AOOS Data Plan, available at: http://www.aoos.org/data-management-advisory-committee/). AOOS is a certified Regional Information Coordination Entity (RICE) of the U.S. IOOS program, meaning AOOS programs and data assembly centers have been reviewed and meet federal standards.

AOOS and Axiom will support the transfer of information among project researchers and develop applications for the data generated by the program. Axiom has created a secure, cloud-based platform, named the Research Workspace, through which investigators share data and collaborate. Historical data sets are ingested as they become identified, and new data, including model outputs, will be submitted by project PIs throughout the project to the project Workspace (Central Beaufort Sea Wave and Hydrodynamic Modeling Study). Only the project team and program managers from BOEM have access to the data in the Workspace. Data will be published from the Workspace to the publicly accessible Foggy Island Bay Wave Hydrodynamic and Sediment Transport Study Data Portal. In addition to the data assembled and generated during this project, the region specific portal being developed as part of this project provides access to multiple mapped data resources not directly related to the project, including real-time sensor data, model and remote sensing data, and GIS information from other activities. Before the end of the project, the data will be curated by the data management team and archived within the Research Workspace DataONE Member Node for long-term preservation and discovery by broader scientific audiences.