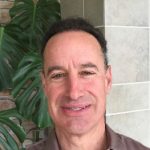 Tom has an ME, BE, and BA in Engineering Sciences and a Ph.D. in Civil and Environmental Engineering. He has been researching coastal processes in Arctic Alaska since 2007. He is currently a Professor of Civil Engineering and Associate Dean of Research in the UAA College of Engineering. For this project, he and his team will be developing coastal erosion and nearshore sediment transport models for the Stefansson Sound. Coastal erosion models will include machine learning (Gaussian Processes) models, semi-empirical models, and process-based models.

Michael has a BE and a MS in Civil Engineering from UAA. Michael is the prime developer of Arctic Xbeach, which is the process-based coastal erosion model that we are employing in this project. Michael is also supporting the semi-empirical modeling effort through the development of a one-line shoreline change model using GENESIS software.

Dana has a BE and an MS in Civil Engineering from UAA. Dana is the lead on the semi-empirical modeling effort using the GENESIS shoreline change software.

Building on the validated, process-based coastal erosion model for Drew Point Alaska (Ravens et al. 2012), we have developed a general-purpose, process-based, Arctic coastal erosion model (Ravens et al. 2017) based on the open-source coastal geomorphic change model, Xbeach (https://oss.deltares.nl/web/xbeach/). Xbeach is a state-of-the-art geomorphic change model which simulates the nearshore hydrodynamic (wave, current, water surface elevation) environment and the resulting sediment transport. It allows for a range of wave modeling approaches and a range of sediment transport formulations.  On the basis of the sediment transport calculations, it computes geomorphic change (i.e., erosion or accretion). The team has added a heat transfer module determining the temperature and phase of the water and sediments (frozen or thawed), creating Arctic Xbeach. The conventional Xbeach model provides the potential geomorphic change. Arctic Xbeach only allows the potential change to be actualized if the sediment/soil is thawed. Example output from Arctic Xbeach is provided in Figure 1. The figure depicts the change in the beach and bluff profile at Barter Island (Alaska) due to a 1-yr storm based on the conventional Xbeach model and based on Arctic Xbeach, labeled “No Permafrost” and “Permafrost”, respectively. The simulation demonstrates the importance of properly accounting for coastal permafrost thaw in Arctic coastal erosion modeling.