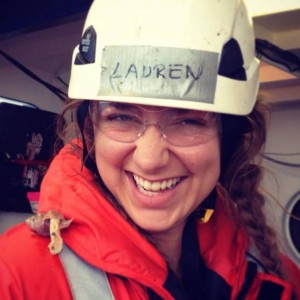 Under the Arctic Ice was produced by Lauren Bell and entered in the 2014 AOOS Short Film Contest.  The film follows four marine biologists from UAF as they attempt to access the winter waters of the Arctic Ocean through 10+ feet of coastal sea ice.

Lauren Bell is a master’s student in marine biology at the University of Alaska Fairbanks. Her research attempts to trace who-eats-who-eats-what in marine ecosystems around Alaska, so that we can predict how energy flow through marine food webs may be altered with a changing climate. Lauren was born and raised in Homer, received her B.S. in marine biology from Stanford University, and now lives in Sitka, where she is attempting to finish writing her thesis in between kayak trips, scuba dives, and explorations of the rainforest.