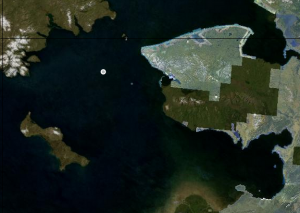 The wave buoy will remain on location until the end of the open water season in early October.

On July 23, a wave and weather buoy was deployed in the Bering Strait approximately 30 miles west of King Island. The buoy streams real-time information on waves, air surface temperature, and sea surface temperature on an hourly basis. 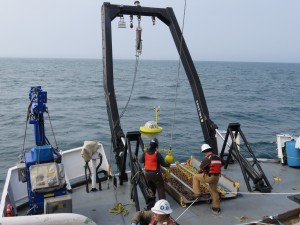 Who will use this data?

The goal of the buoy is to assist village residents, National Weather Service forecasters, the U.S. Coast Guard, commercial and recreational ships, and anyone else transiting the region which is known for extreme weather and strong currents.

A Product of Partnerships

Similar to many projects in remote Alaska, the buoy was a collaboration between multiple partners. The buoy was originally purchased by the University of Alaska Fairbanks, who provided data in a similar location in 2011. In 2013, funding from the Western Alaska LCC allowed the buoy to be repaired and set afloat once again for two more seasons. AOOS and the University of Victoria provided logistical support, and Olgoonik Fairweather donated time and deck space on the Westward Wind.  This year the buoy was deployed by the NOAA ship Fairweather through donated time and deck space and with the assistance of Norton Sound Economic Development Corporation and Alaska Sea Grant. Special thanks to everyone who made this happen! 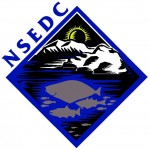