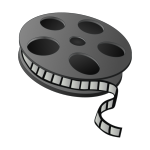 AOOS hosted its third Short Film Contest this year.  Six films were submitted.  Entries were required to be 10 minutes or less, and could address any aspect of Alaska’s marine environment, issues, or inhabitants.

Films have been shown (or are planning to be shown) at the Sitka WhaleFest, the Alaska Marine Science Symposium, Alaska Forum for the Environment, and other venues.

AOOS would like to thank all the film makers and our expert panel of judges for sharing their talents, insights and imagery with audiences in Alaska and beyond.  Keep an eye out this spring for information on the 2016 contest.