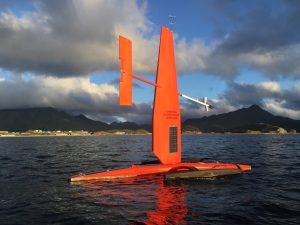 A Saildrone leaves the Dutch Harbor area on its 90 day journey to the Bering and Chukchi Seas. Photo: NOAA

In mid July, two autonomous vehicles resembling small sailboats set off from Dutch Harbor in an effort to help scientists better understand ocean acidification in the Bering Sea and Arctic waters.  Known as Saildrones, the vehicles are about the size of a Hobie Cat sailboat and are capable of traveling unsupported for thousands of miles using only wind and solar energy.  In the past few years, NOAA scientists have conducted pilot work using the Saildrones in the Bering Sea, however this is the first year a Saildrone will be actively collecting ocean acidification parameters and sailing into the Arctic ocean.

Jessica Cross, an oceanographer with NOAA’s Pacific Marine Environmental Lab, is a principal investigator on the project. Cross notes, “The Saildrones are a really important asset for Arctic surveys. They can reach farther and carry more sensors than ever before, and most important—they are fast and flexible!” The Saildrones can access newly emerging features on short notice, adding a lot of adaptability to current research tactics. 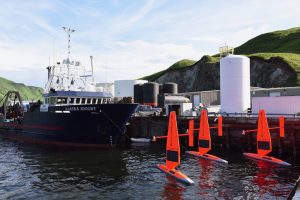 The Saildrones are equipped with ASVCO2 systems (modified versions of the standard MAPCO2 systems) to monitor ocean carbon and air-sea exchange. The systems are programmed to take hourly measurements, which provide data approximately every two nautical miles.  In contrast, moorings, such as M2 in the Bering Sea, takes measurements in a fixed location every three hours.

One of the many advantages of the Saildrone is its ease of deployment and retrieval.  Instead of requiring expensive ship time, the vehicle can be mailed in a container, and upon arrival can be unpacked, assembled, turned on, and launched from a harbor.  From then on, researchers can control the speed and direction of the Saildrone from a computer.

The first stop on the Saildrones’ agenda this summer is the M2 mooring to conduct comparison and calibration activities. Then the Saildrones will cross the Bering Strait and head into the Chukchi Sea before returning to Dutch Harbor in October. Those interested can follow the journey of the Saildrone’s on NOAA’s 2017 Saildrone Blog.

“Drones will not replace other oceanic research systems,” says Cross. “Ships, buoys and satellites are still necessary, but these unmanned sailboats give researchers expansive views of the furthest corners of the world’s oceans.” 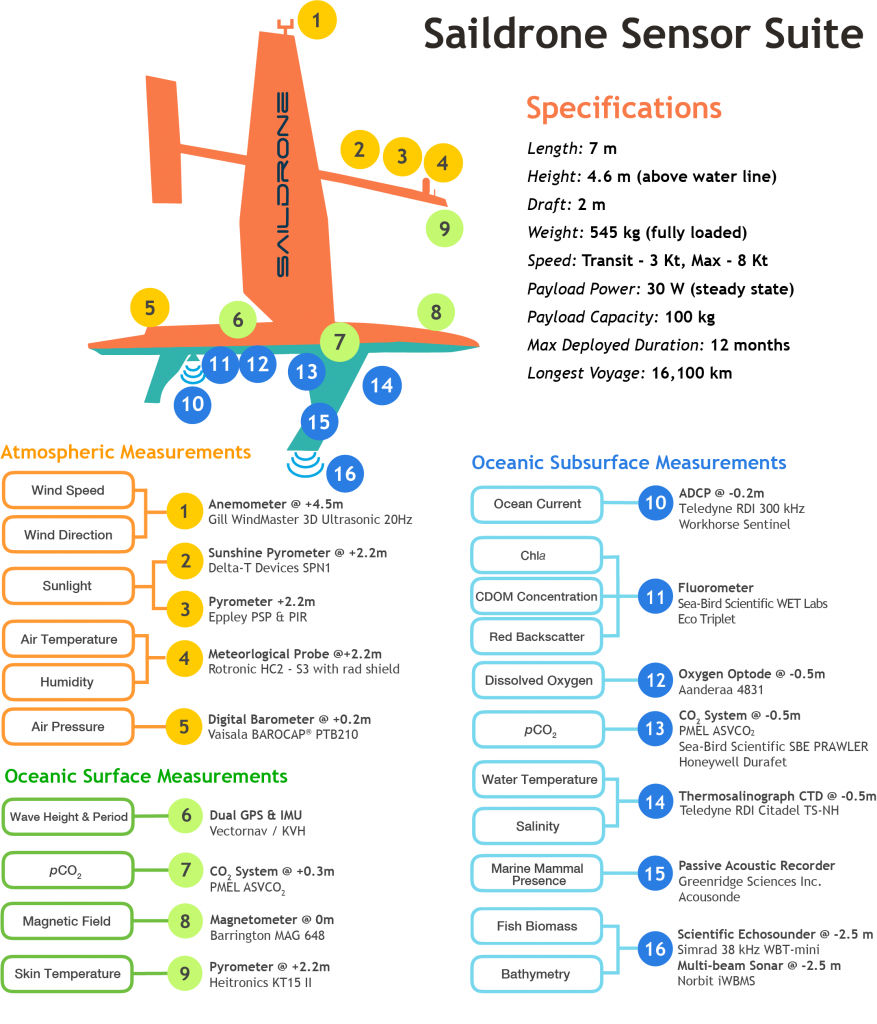