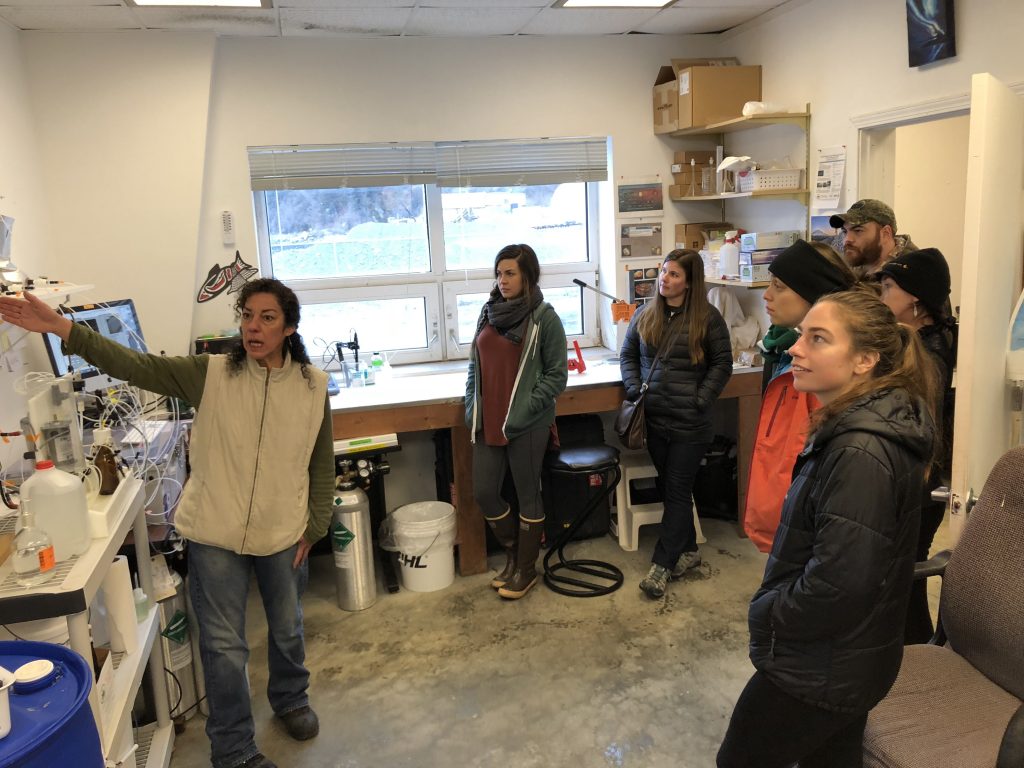 Members of the Alaska Ocean Acidification Network Tribal Working Group led a discussion at the Alaska Forum on the Environment on tribal efforts to monitor ocean acidification in the nearshore environments.  Davin Holen, from the Alaska Ocean Acidification Network Executive Committee, led a general discussion on ocean acidification impacts and monitoring efforts statewide, which are mainly focusing offshore, and then Jeff Hetrick of the Alutiiq Pride Shellfish Hatchery and Esther Kennedy described their monitoring programs in the nearshore environments.

Tribes throughout the Chugach and Southeast Alaska regions are taking water samples near their communities and then sending them in to Alutiiq Pride Shellfish Hatchery or the new Sitka Tribe of Alaska lab in Sitka for analysis.  The group is establishing protocols for sampling as well as discussing a long-term consistent monitoring program to build a data set.  The group spent the Friday after the Alaska Forum touring the Alutiiq Pride Shellfish Hatchery and discussing sampling and analysis protocols.  In attendance were representatives from the Sitka Tribe of Alaska, Yakutat Tlingit Tribe, Hoonah Indian Association, Sun’aq Tribe of Kodiak, Kodiak Area Native Association, and Alaska Sea Grant.  The goal is to expand sampling to Yakutat and Kodiak Island.