AOOS is Celebrating its 10th Anniversary! 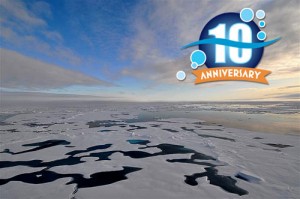 We are extremely grateful for our partners, collaborators and supporters who have helped expand and strengthen our program since its inception in 2004.  We remain committed to collecting critical ocean and coastal observations, and distributing data and information products for informed decision making in Alaska.

The Birth of AOOS

These four saw the need for an integrated ocean observing system in Alaska given our extensive coastline and vast fishery, marine mammal and seabird resources.  They raised the funds to hire AOOS’ first executive director, Molly McCammon, coordinated the founding board of directors, and oversaw the first memorandum of agreement establishing the organization as part of a national system.  Ten years later, their vision for AOOS -as the eye on Alaska’s coast and ocean – is now helping meet stakeholder needs for ocean information to promote navigate safety, respond to coastal hazards, and track climate and ecosystem trends. 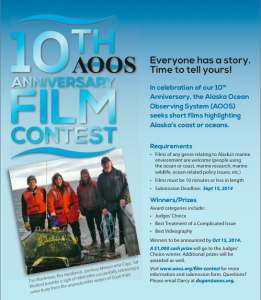